On July 27, the non-profit organization Learn My History (Formerly ALM Foundation) held its first annual fundraising event at the Malcolm X & Dr. Betty Shabazz Memorial, Educational and Cultural Center in Harlem. As the organization’s founder, Ronnique Hawkins, explained, Learn My History grew out of a perceived need. As a woman of color, she grew up without true American history, including Black history, in her school curriculum. “I wanted to be a voice for others who don't receive this information either,” she said. “Learn My History seeks to engage our younger generation whose knowledge is minimal to nonexistent when it comes to our past and present freedom fighters and martyrs.”

Learn My History is dedicated to the empowerment, education and encouragement of  “at-risk” youth ages 13 to 20, the age range most likely to encounter law enforcement and to be affected by HIV/AIDS. Learn My History addresses these issues through a campaign using speakers, educators and activists to help reverse the current trend of self-destructive behavior and transform local communities and society at large, so that social and economic justice can prevail for all people. The event began with a reception and preview of Hawkins’ socially relevant artwork and display of important issues as the Till and Birmingham church bombing cases, and history abroad. Among the evening’s speakers was Minister Kevin M. of New York’s Mosque #7, who spoke about the importance, now more than ever, of supporting endeavors such as Learn My History.

Also speaking was Alan Newton; exonerated after 22 years of wrongful imprisonment, and Yusef Salaam, a member of the so-called ‘Central Park Five’ who were unjustly convicted of beating and raping a white woman jogger in Central Park. Newton spoke of his gratitude to Hawkins for her support after his release, which helped him feel he could rise above what had been done to him, while Salaam told of his journey that led to his current work to end both the death penalty and life without parole. Bill Carreker, a member of the Afro-American Historical and Genealogical Society, revealed that while looking into his family history, he discovered that his grandfather and relative were lynched. Carreker made himself available all evening to speak with anyone about their own family genealogy.

Hakeem Watson spoke of the importance of history, taking care of us and each other, and that Ronnique was like a mother to him, after his own mother passed away. Jonathon Ankney delivered comments as well. Ronnique Hawkins was a producer of the Emmy nominated film “The Untold Story of Emmett Louis Till,” and the event included a sneak peek at her new film in progress, “Learn My History...From the Past to the Present.” It features powerful words from Emmett Till cousin Simeon Wright of Ms. Hawkins, who stated of the 1955 case reopening that “a lot of the work was attributed to her.”  Among others in the film, are family members of Till, Ida B. Wells, Frederick Douglass, Sean Bell, activists Angela Davis and Bobby Seale, and hip-hop icons Afrika Bambaataa, KRS One, P. E. and Ice- T.  Bringing the evening to a rousing close with his piece “Who Was Emmett Till?” was spoken word artist Fish Vargas who works with Acentos Bronx Poetry, teaching at-risk youth and gang member’s poetry to help keep them off the street. Delicious food was provided by K. Ewa, while DJ Ant Love from Epps Entertainment supplied the music.
Donna Lamb is a noted writer who details this special Learn My History event.
Great attending guest speaker's words, passionate speeches, and entertainment led to an unforgettable evening. 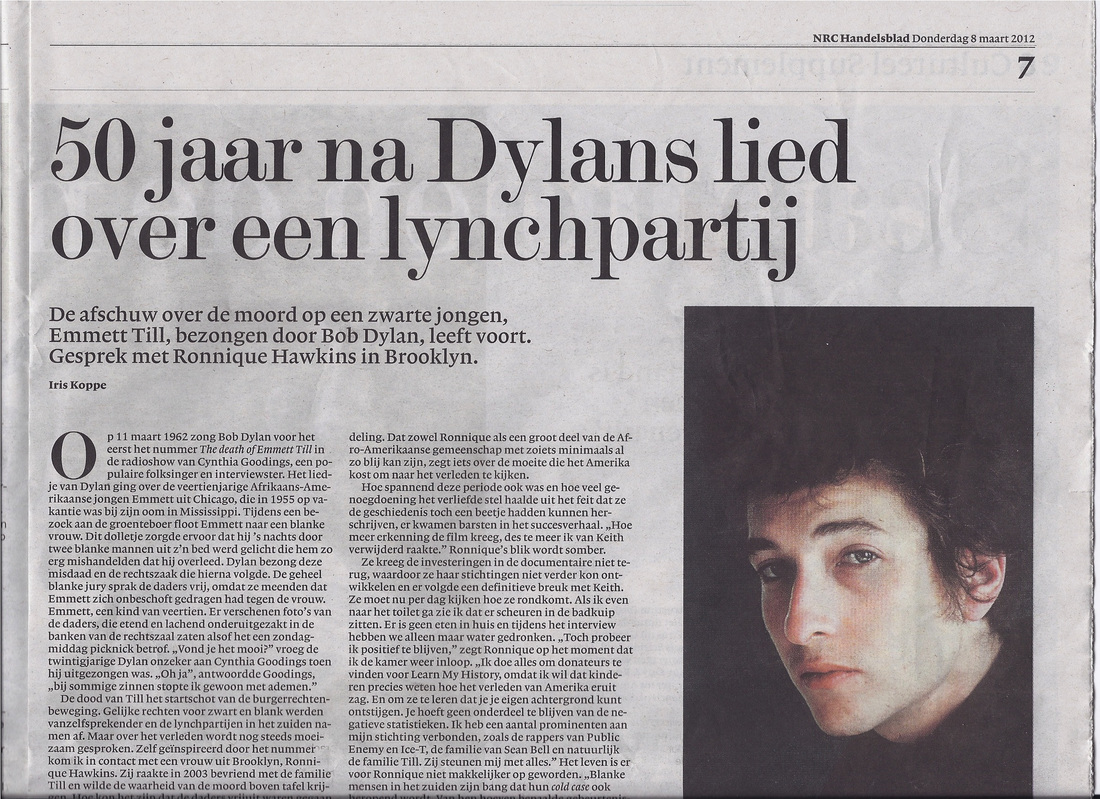 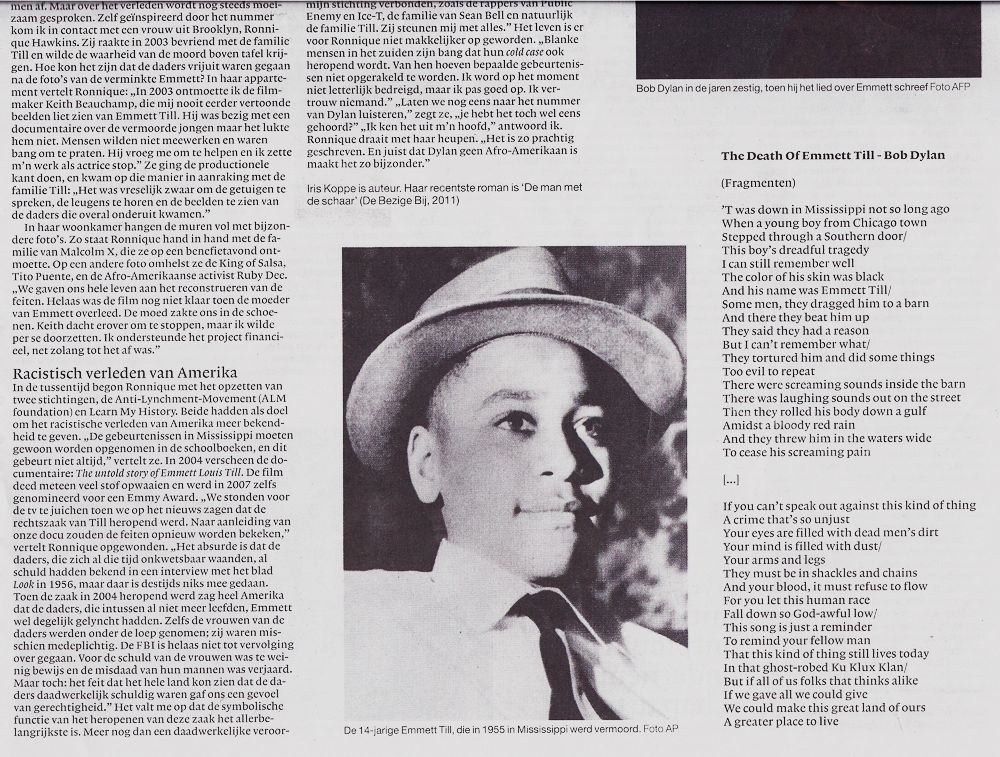